When Rain Caused Our Ceiling To Collapse 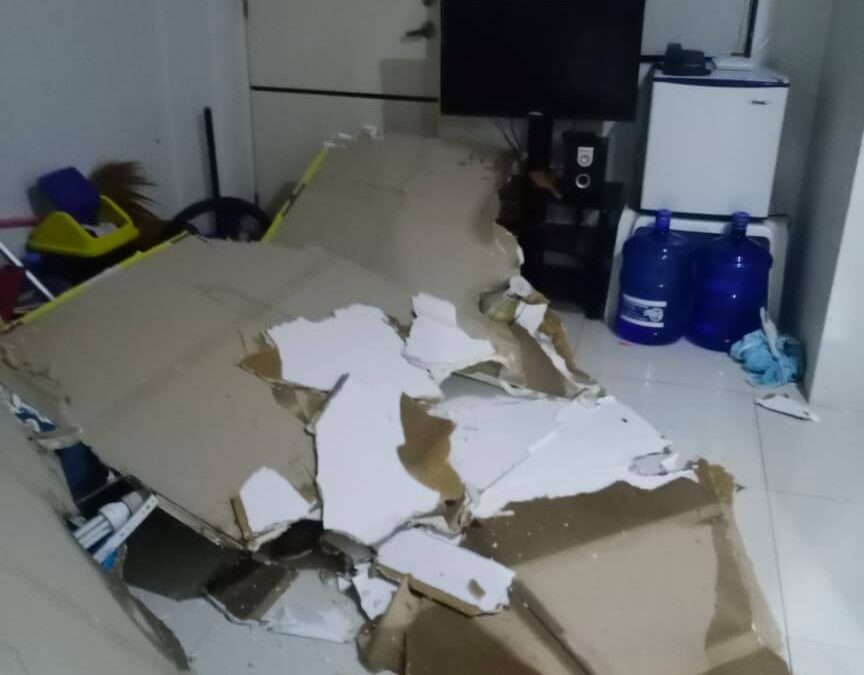 When Rain Caused Our Ceiling To Collapse

Three years ago, my family and I woke up grateful to know that we survived a deadly typhoon. In a span of two weeks that month, our country faced three successive typhoons.

Two weeks ago, water poured inside our house while it was raining. There were three mini “waterfalls” from the ceiling: one in the kitchen, one in the living room, one near the entrance. Our place is quite small so that’s all in one area. Within seconds, our house was flooded with water. My husband and I quickly cleaned up. It was a few minutes past midnight; our children were sleeping.

I felt unsafe that when another rain comes, water flowing through electrical wirings can cause a short circuit, and eventually start a fire.  However, plot twist, instead of a short circuit, the water weakened our ceiling (made of cement board) collapsed and fell over my husband. He is safe.  Our family and I had an emergency transfer to a new place. We’re now settled to a safer and peaceful place.

The recent incident makes me reflect on how climate change has been wreaking havoc on millions of lives all over the world. How can rain make an entire ceiling collapse?

It’s not a one-time event.

The series of storms weakened the roof that allowed rainwater to seep through the ceiling.

The Philippines experiences an average of twenty typhoons a year. Each year, these storms intensify. As a result, we have landslides, mudslides, flash floods, storm surges. These natural disasters are not caused by one single storm incident. Last month, a tropical depression entered our country on November 10, then it intensified into a typhoon (locally named Ulysses) on November 11. It weakened on November 12, and then re-intensified on November 13 before it exited our country.

Read it again. The storm already weakened, but then it re-intensified.

Imagine how many from these numbers are women and girls were asking for help.

How many were pregnant?

How many have just given birth?

How many have disabilities?

How many have a mental illness?

How many have autism, Down Syndrome, cerebral palsy?

How many were in their menstrual period?

This is only one storm. Our 21st storm this year, to be exact.

There was another storm that was as devastating before this. It’s locally named Typhoon Rolly.

Altogether, these are Typhoon Rolly and Typhoon Ulysses in numbers :

Please pause for a moment and look at the number of individuals displaced in and outside evacuation centers.

What those numbers don’t tell us is how many are women and girls.

What those data don’t tell us is how many of these women and girls are vulnerable to sexual assault.

Every storm incident, there is one woman or girl who is vulnerable to gender-based violence  Studies show that sexual assault happens in evacuation centers and temporary shelters.

Did I mention that there was a deadly storm before Typhoon Rolly? It’s Typhoon Quinta. In three weeks time, five storms landed in our country, three of them destroyed our infrastructure, displaced our people, denuded our farms, and more.

With all these 21 typhoons visiting our country and disturbing our peace this year, not to mention the number of earthquakes in between, there is COVID-19 in the equation. Our frontliners and rescuers are overworked, underpaid, stressed, and unappreciated. How many of these are women who also need to go back to their immediate families to tend to their needs?

So these storms are not just an environmental issue, it becomes a social issue. The more typhoons that are coming, the more women and girls are unsafe.

This is a call for CLIMATE JUSTICE. To those in power who are making climate decisions, I hope you do not look at statistics as mere numbers, but as real people with survival stories.

My family and I are just one of the millions of typhoon survivors in our country. I’m fortunate to live to tell our story.  Others were not as lucky. The rest are still suffering in silence and living in trauma.

Can you hear us? Can you see us? Do you feel our pain? Do you see our suffering? 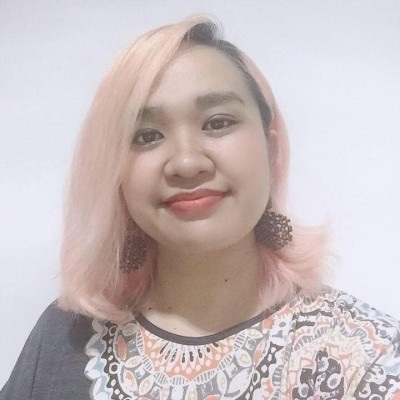