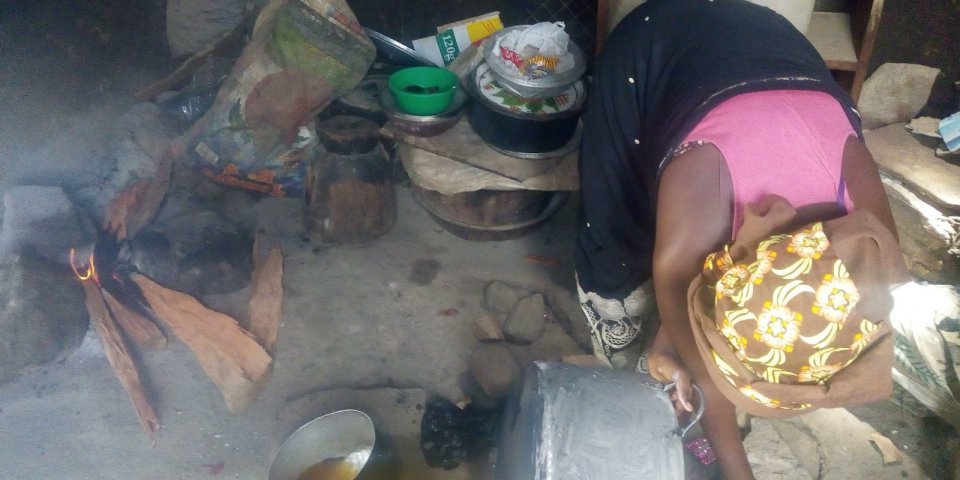 Many women in Nigeria suffer ailments resulting from the use of firewood. The World Health Organization states that “Over 98,000 Nigerian women die annually from use of firewood. If a woman cooks breakfast, lunch and dinner, it is equivalent to smoking between three and 20 packets of cigarettes a day.”

I grew up in a middle class home, where the choice of heating and cooking fuel was well within our control. Gas, kerosene, or open fire stoves were on hand, and the type of food, as well as quantity of what was to be cooked determined the means employed. For foods like beans, thekerosene stove was a ready option while meals like rice and yam were prepared on the gas cooker. My mum only made use of firewood when large cooking needed to be done, particularly, during festivities such as birthday parties, Christmas celebrations, and anniversaries. As a rule, such cooking was done outdoors!

In addition to the daily struggles and troubles that women face in finding sufficient firewood to meet their energy needs, the smoke and residue from their open fire stoves pose grave dangers to their health. Those who are most susceptible are women like Hauwa Jubrin who cooks with firewood in her poorly ventilated 3.24 square meter kitchen.

At the time of my visit, Hauwa was in her windowless kitchen. She was hard at work scouring black soot off the back of a large pot that had obviously been used over her open fireplace.

With Hauwa’s permission, I pushed the half opened metal door, which doubles as access into her kitchen and her family’s dwelling. I gingerly stepped into the fume-clouded kitchen. The smoke blackened walls were eye-catching as the rays of the mid-morning sun beamed in from a bordering doorway that leads to the main house. Haphazardly placed buckets, bowls, tripod pots, kitchen utensils, wooden mortars, weather beaten shelves, ash, and a fireplace occupied whatever little space was available on the flaked concrete floor. The stand for the fireplace was three, big, well-stationed stones.

I watched with stinging eyes as a handful of firewood sandwiched between the stones, burned and bellowed fumes. “The smoke disturbs me, and is killing my eyes. I use firewood because I don’t have money to buy a stove or gas,” lamented Hauwa as she sniffled and attempted to wipe away dripping tears with the back of her wet, ash-soiled hands.

According to Hauwa she “uses about 150 Naira ($0.75 US) worth of firewood daily.” Hours after I left her house, I could still feel the irritation from the smoke in my eyes and throat.

In an attempt to nourish their families, countless women are undoubtedly exposed to smoke and toxins that are associated with an endless list of health problems, including pneumonia, lung cancer, low birth weight, and impaired vision. Some women are knowledgeable about the negative effects of using firewood for cooking, and do their best to stay away from the smoking fire while cooking.

Standing by the big pot of meal she was cooking over an open fire, in her semi-open kitchen space, another woman, Khadijat, said, “I don’t always stay by the fire when I am cooking. However, if I am cooking something like tuwo masara (meal made from corn flour), I have to stay there to make it”.

When asked if the smoke from the fire disturbs her in any way she explains further. “It depends! For example, it is not good for someone who is asthmatic or who has related ailments; but if you are normal, there is no problem”.

“Do you know of any woman who developed such an ailment as a result of using firewood?” I curiously added. “Many people!” she exclaims and suddenly calls out to her mother (who all the while was standing by and listening thoughtfully). Khadijat went on to cite an example of a woman who she referred to as Mai-waina (a person who makes and sells Waina, or Hausa rice cake). Waina is cooked over open fire in a baked mud pot that has muffin-sized holes. Khadijat suspects that Mai-waina developed high blood pressure and weakness from long years of doing Waina business.

Many women remain stuck to the age long tradition of cooking over open fire stoves as they believe that it cooks food faster, properly, and makes it tastier. Queen, a young lady who does most of the cooking in her family’s home, just loves to cook with firewood. She believes that if one is healthy, and does not stay too long around the fireplace, the smoke does not pose any health risks. In another vein, Aunty Salamatu, an accomplished academic, said, “I only use firewood during festive seasons like Easter and Christmas. At such times it is helpful for large domestic cooking. Whenever I have to resort to cooking with firewood, I do it outdoors and stay away because of my health”.

My organization, Women Initiative for Sustainable Environment (WISE), is a partner of the Clean Cooking Alliance, and WISE hopes to continue exploring such partnerships towards saving disadvantaged women from avoidable and stoppable exposures to deadly cooking options. There is an urgent need for increased awareness on and access to clean, safe, and affordable cooking options like solar cookers, clean cook stoves, wonder bags. I remain hopeful that the predicaments of smoke scenting and distressed women will be tackled, decisively. 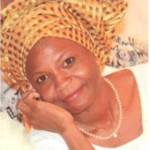