Do not take things personally!

Do not take things personally!

It may seem contradictory to some of my previous writings… indeed, I advocate finding a job that we love, with values​​in which we identify. This often involves personal commitment.

Do you realise that you sound just like Calimero *?

It’s true that it can happen, a boss who doesn’t like us. That can be terrible, especially if it turns into harassment. But before we get to that point, let’s make sure that this disenchantment is real.

We all have natural affinities and colleagues we “like” more than others … It’s human, of course, but that does not justify treating people differently in the workplace.

So, how do we dissociate the work from the affect? 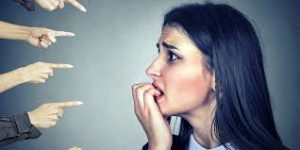 The first thing to do is to sit down and think. Don’t let your emotions take over.

And then, ask yourself what the reason of the rejection/oversight/etc. is.

A project can be rejected because it is badly put together, it was badly sold, or it is not just in the current strategy of the company. You really have to step back at that point. It can be difficult, if you’ve been working on it for months, to accept all this wasted time, but it’s often an opportunity to learn from your mistakes and ask for a meeting with your boss to understand what could be improved next time. Above all, avoid building a bad reputation by reacting emotionally. Getting offended and rejecting criticism will only worsen the situation, and give the image that you’re arrogant.

Most of the time, once we accepted that there can be good reasons for our project to be rejected, things get better.

But there are the other moments… the e-mail that’s a bit too direct, or even aggressive, following a delay on a project; the meeting that we haven’t been invited to; the e-mail on which we weren’t copied…

There, it is even easier to take it personally … “If my boss respected me, she/he would not write to me like that.”

Except that it depends on the type of boss. I’m one of those bosses who get straight to the point and who consider that sending a direct email to someone on the team is a sign of trust. Because this person knows that I am very busy, and we know each other well enough to avoid wasting time. 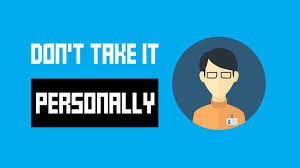 A few simple rules to follow in this case: (after having passed the infamous “I’ll sleep on it”)

1 – Wonder if the boss is doing the same thing with everyone? (or more simply, avoid paranoia)

2 – Put yourself in the shoes of the boss – Would I do the same if I were in her/his place? Is he doing it to increase efficiency for example? Does her/his level of stress explain certain shortcomings (even if his role should be not to pass on this infamous stress)? Or was it simply a human mistake (because we all make mistakes, and it’s alright)?

3 – Is it really that bad? Am I not overreacting? Sometimes, when tired, it is easy to exaggerate very trivial signs

4 – Did we interpret the tone of the e-mail correctly? The problem with e-mails is that they are, by definition, silent. There is no tone of voice that goes with them and that allows us to understand if it’s humor, or if the tone is benevolent. So, in doubt, always think that it was written in a positive way. This will avoid stressing too much.

And if none of that works, if you continue to think there’s a problem, then sometimes the best is to break the ice and just calmly ask your boss or colleague what’s going on.

But in the end, you always have to assume that they’re attacking an opinion, a position, or sometimes a role, but very rarely a person. So we send Calimero* back to our childhood cartoons and we go back to the office with a beautiful smile!

Note – Of course, I’m talking about normal relationships at work. In case of harassment, it’s a whole other topic that I’ll discuss one day in an article.

* For the young generation who might be reading me… Calimero is a little black chick who walks around with his eggshell on his head and a bundle on his shoulder. His favorite phrase: “Life is really too unfair!”

Magali Anderson is female pioneer in the Oil & Gas industry. She has progressed upward through managerial and executive positions in male-dominated industries in diverse international locations such as Angola, Indonesia, Romania and China. Simultaneously, she had 2 daughters who have now graduated from top universities.The views expressed in this paper are solely the author’s.