The Dignity of Work surpasses Robots

The Dignity of Work surpasses Robots

Ignore the science fiction: AI is like the new electricity of our time, powering opportunity and growth, but it isn’t out to get us!
Super-intelligent robots are on their way – and they’re going to change the world as we know it but they are never going to replace the person as the head, concluded the Experts’ Meeting ‘The Home in the Digital Age’ at the Royal Society of Medicine recently.

“With the recent advances in artificial intelligence we leap ahead to the existential dangers, and at the same time wonder whether there aren’t more pressing issues to discuss: healthcare, climate change, education, the economy. Well, they are pressing issues — but AI has an impact on all of them,” said Mei-Lin Fung, Vice Chair Internet Inclusion at IEEE Internet Initiative, when she addressed the Home Renaissance Foundation’s meeting in London recently.
“Every 10 to 15 years there is a technology breakthrough that really changes what it means to be human. The internet, mobile phones, social media and, most recently, AI voice assistance: all of these amplify the human experience. And with each technological game-changer, we go through much of the same series of questions and anxieties. We worry both that it’s all too much and too little.”

Dr Ioana Ocnarescu, a Design Researcher at Strate School of Design in Paris, showed an amusing clip of an elderly actor outwitting his ‘smart’ home gadgets designed to encourage health eating, getting a good night’s sleep and exercise.
Feeling comfortable and able to outwit their robotics helps the elderly not to feel ashamed or humiliated by their disabilities, said Professor Luisa Damiano of the University of Messina, who spoke about the use of therapeutic robots to stimulate reactions in children with special or certain needs. Simplifying the complexities of robotics, Professor Damiano, Associate Professor of Logic and Philosophy of Science, explained that we are not capable of creating biochemical, cell-like robots, only mechanical robots, giving them social presence and social skills.

“There is the extended mind hypothesis – the mind technology as an extension of the individual mind. But when we interact with robots we are interacting with ourselves, we have supplied the information, the instructions. Reciprocal social relations is an illusion,” she said.

AI is moving at such a pace and technology so smart that tech moguls like Elon Musk say they are “terrified” of Artificial Intelligence – but just how powerful is it in reality if people control the power source? Engineers and companies may be ‘wowing’ us with their mind-blowing machines but it’s evident that’s exactly what they are – machines and gadgets without consciousness, that are controlled by their operators. The biggest threat is to jobs but people won’t allow robots to put an end to human labour as we are intrinsically aware of the dignity work brings.

Work not only gives dignity to the person carrying it out but also to those on the receiving end and we will always value it. No robot, hologram or other talking machine, however warm and friendly their voices may sound, could ever replace the human touch – so traditional ‘people-centred’ jobs will never go away. Automation could well mean less work and more leisure time in the future but we really don’t have to worry about being ‘out-populated’ or outperformed by robots! 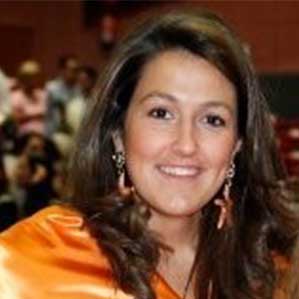