How to diversify your team- Tip#3: fighting ordinary sexism

How to diversify your team- Tip#3: fighting ordinary sexism

In my tip#2 on welcoming women into your teams, I very quickly touched on the subject that upsets people, the elephant in the office, the one that is so deeply rooted in our habits that it will take a real commitment from each and every one of us to fight it… I’m talking about the ordinary sexism. As for the rest, the only acceptable tolerance is zero tolerance. But here, the main difficulty will be to know how to recognize it.

It is not the very clear inappropriate comments that do the most harm. These are easy to identify, and are generally unanimously condemned by the team members. In the end, they are quite easy to eliminate if you decide to really tackle the problem, by making the company’s position on the issue clear.

Ordinary sexism is more insidious, it’s hidden in the little phrases, the little comments that go unnoticed but can hurt the people they are addressed to. It is all the more difficult to combat because most actors are not aware that they are taking part in it and think they are being humorous – at worst.

Let’s look at some examples.

The benevolent paternalism of giving more explanation to a woman than to a man, which may, in turn, give the impression to other team members, but also to herself, that she is not up to the task.

Comments about the supposed unavailability of a woman with children, said without malice, imply that a woman cannot take on the same workload as a man and therefore cannot have the same level of responsibility. We can add to this category questions such as “how are things with the children, it is not too hard balancing work and family life? “

Inappropriate remarks about women’s emotions, which immediately discredit a woman who expresses a disagreement. This gives an almost systematic advantage to the opponent in an argument (the worst in my opinion being the expression: “that famous time of the month”). A classic example is the now famous ‘calm down (…) To be President of the Republic, you have to be calm’ that Nicolas Sarkozy addressed to Ségolène Royal during the 2007 inter-party debate, implying that she had a propensity for anger, and therefore was not fit to be President (whose response is equally well known: ‘there are angers that are perfectly healthy’).

The regular cutting off of women speaking in meetings, which not only denies their competence, but also leads men to take ownership of their ideas. A word has even been coined to define this phenomenon, which is much more common than it seems: manterrupting. One of the first studies on this subject goes back to 1975. It was conducted by sociologists Don Zimmerman and Candace West, who examined 31 conversations. They concluded that there were 8 times as many interruptions in male-female discussions as in male-male discussions, and in 98% of cases in the male-female direction. Many statistics analysing the exchange of words in broadcasted debates (or equivalent) are published regularly, and they show that the problem is not fading over time.

And what about the way conversations around the coffee machine are perceived? Where men would solve big strategic problems, and women would gossip.

We could go on with the list (and I invite you to add examples in the comments), but let’s spend a few minutes together to see how each of us can act at our level to fight against this ordinary sexism.

I’m repeating myself, and I will repeat it as often as necessary, the only acceptable tolerance is zero tolerance. We don’t let anything go by, and correct anybody who does one of the things listed above. For example, you ask the colleague who interrupted a woman to let her speak, you react to inappropriate jokes, you explain why a certain behaviour is unacceptable.

You could argue that women themselves could make it known when behaviour is inappropriate. However, it can be difficult for a young recruit with little experience or for an employee who is facing her line manager to respond. It is therefore necessary to intervene when you are in a position to do so.

And if you’re wondering how to differentiate between sexist and non-sexist behaviour, so that you don’t subconsciously participate in it, here’s a simple tip: before you make a remark to a woman, ask yourself: would you say it to a man? If the answer is no, it is very likely that it would be better not to say it.

All that’s left is to train yourself to recognise ordinary sexism, and then apply yourself to never tolerate it. 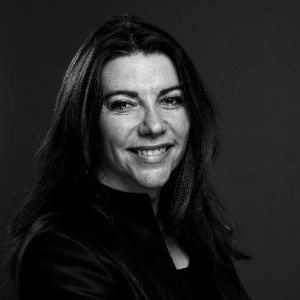