Gender training in peace operations could use a great deal of partisan support: it needs to invest in political will

It is now no secret to the public that peacekeepers can also be perpetrators of sexual and gender-based violence (SGBV) and abuse and some of the contributing countries in those operations do not have the will to properly hold these people accountable. Moreover, the number of women in armed forces are still very low. Gender-related issues, offenses, crimes and assaults have a lot to do with behaviours, attitudes, perceptions, and even beliefs of the perpetrators and societies in general. This is why education and training are among the most relevant tools/ policies/ initiatives/programmes that could bring about changes and transformation. Yet, for now many actors do not consider it to be a priority. Policies on gender training in peace operations must be reformed from its roots: at the “political level”. It is crucial that gender training gets partisan political support so that all actors involved in the process adhere to the implementation.

“Gender is political enough that member states within NATO prefer avoiding dealing with it and relegate such work to other states such as those of the Nordic countries or Canada” said a scholar during a discussion we had on gender training. A gender advisor told during an interview “if you want my opinion, I think that gender training is not important, it does not change things at all … the work we are doing at this level is political, our work is recruiting more women in the armed forces …” Why gender training is not much of a priority to those making political decisions despite its highly acknowledged transformative power in the field of peace? Prioritising women recruitment for political reasons while ignoring the importance of training is an “exclusive” policy practice. It undermines the full mainstreaming of gender perspectives in peace operations. Making gender training “apolitical” means it does not get enough political scrutiny. Moreover, when such a policy/ initiative is not significantly discussed at the political level, there is less back up at the local level. Consequently, without that support and most importantly in situations where subsidiarity prevails, accountability and commitment are hard to get.

Unfortunately, in UN and NATO peace operations, providing gender training is a matter of political commitment and choice. Such a training is very much of national matters and depends on the good will, capacity, and resources of the contributing countries despite the various resolutions, policy guidance, regulations, and policy instruments that some departments at headquarters produce to support its provision. Such a situation significantly impacts the importance that is given to gender training in terms of content, length and recipients. Indeed, most training are online, provided on ad-hoc bases and last for only one or two hours. Furthermore, gender training does not cater all peace operations personnel despite the fact that gender offenses committed can be perpetrated by actors holding positions at various levels of the hierarchy. That is because the current policies mainly target the leadership within the missions or operations as they are the decision-makers and are considered to be key actors supposed to be mainstreaming gender in the operations. The longest training such as the seminars are mostly attended once or twice by gender advisors and leadership. Moreover, as training the troops is a national decision and despite appearances in the media of some actors engaged in educating and training armed forces on gender, very few member states and partners have expressed strong political will and commitment or have the resources to provide such initiatives (e.g.: Canada, Norway, Sweden). This means that gender training could be a top priority provided that there is strong commitment of the diplomats making decisions, funds are available and appropriately allocated, and the policy-makers or gender advisors serving at the head of these two organizations consider gender training to be one of the most important policy tools available for mainstreaming gender (e.g.: instead of only investing on recruiting more women). Most importantly, it is about the commitment of the political elite in national governments.

What is needed for member states to make gender training a priority is to put it on the local political agenda. I would even say making it a political matter, brought to the public debate by local advocacy groups, debated in high-level meetings and at local reunions, and even in the institutions’ corridors. Adherence to and commitment on gender training should be obtained at the top level of the political decision-making. The danger of a policy lacking political support as well as commitment is that it is badly organized and implemented, it does not have enough and adequate resources for implementation (financial and human), it does not reach a wider audience (are limited to certain groups of people e.g. the leadership), and even its recipients do not realize its importance and the roles it could play in constructively transforming conflicts.

UN peacekeeping operations demonstrate a lack of political, human, and financial support and coordination of gender training. There are so many training centers, a myriad of actors are involved in the design of manuals and despite the existence of the latter serving as guides for all those on the ground, anybody can teach whatever he or she wants. It is clear that there is no coordination or common monitoring evaluation system of the whole system. That being said, within NATO, they have the Nordic Center for Gender in Military Operations (NCGM) which is the Department Head for Gender Training and is also setting the standards for NATO and Partnership for Peace (PfP) Training Education facilities. Moreover, NATO ACT in Norfolk Virginia is involved in the process. This shows a greater capacity of organization and control.

In view of all of these, it is necessary to remind actors shaping gender policies in peace operations that the term “politicize” is not politically incorrect. People always see that term in a negative manner and interpret it as a manipulation from the political elite, controversy, and dissension, or division. When seen positively, the term “politicize” can be considered to discuss and take part in politics. It is only when a specific topic is put on the political agenda that it draws more attention both from those who do and decide about politics and policies and from the public. Without that political will/commitment and presence in the political discourse, gender training has become and will always be this secondary choice policy instrument despite its potential transformative power.

Dr Velomahanina Razakamaharavo is a Policy Leader Fellow at the School of Transnational Governance, EUI in Florence, Italy and a Research Associate/ Scientific Collaborator at UCLouvain in Belgium. She works on gender in UN and NATO peace operations as well as the implications of Artificial Intelligence in the fields of peace and security. She also works on the dynamics of conflict recurrence and peacebuilding processes. The views expressed in this paper are solely the author’s. 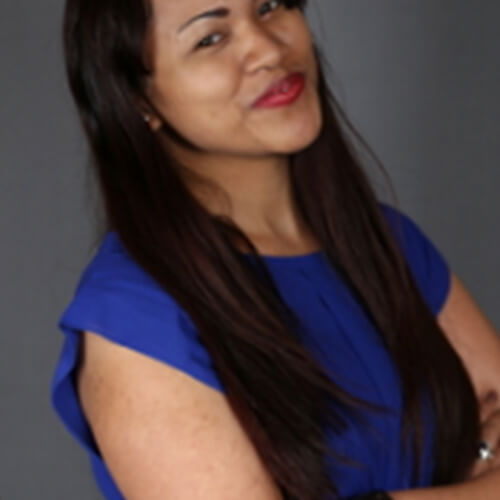