Presentation of the Hub-University of Navarra-11 May 2019

Presentation of the Hub-University of Navarra-11 May 2019

Christine Marlet, Director of European Public Affairs, Global Wo. Men Hub, has presented at the University of Navarra the strategic lines and objectives of this group with which they want to promote “a culture of collaboration between men and women at work and at home, in order to bring about effective changes in the gender equality agenda”.

Christine Marlet stated that “there were many associations, but fragmented and segmented which is good but we are missing the cooperation concept in their approaches to women and men. It was then when it occurred to us to make a Think Tank based on scientific data, not on debates that lead to ideological conflicts. She also pointed out that “we don’t want to represent anyone; we want to inspire, connect people and provide a space where they can develop”. She also explained the organization chart of the group, which currently consists in more than 70 people of different nationalities: “Its members range from individuals to corporate members, companies and associations,” so as to achieve “true equality between men and women in all spheres.

Thus, in order to have a more pragmatic impact, its activities are developed through four working groups: research and data analysis; development projects; communication; training and education. It is in this last group that the professors of the University of Navarra, Inmaculada Alva, expert in the presence of women in History, and MªCruz Díaz de Terán, expert in the role of women in the field of Law, participate. “We liked the point of view very much that this project bets on. We believe that something like this was needed and with it we want to change the culture”, said Díaz de Terán. 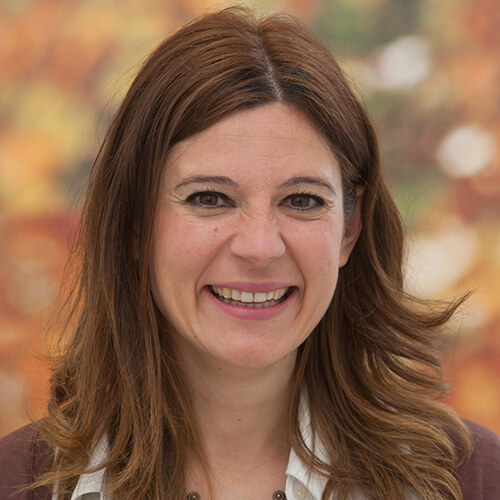