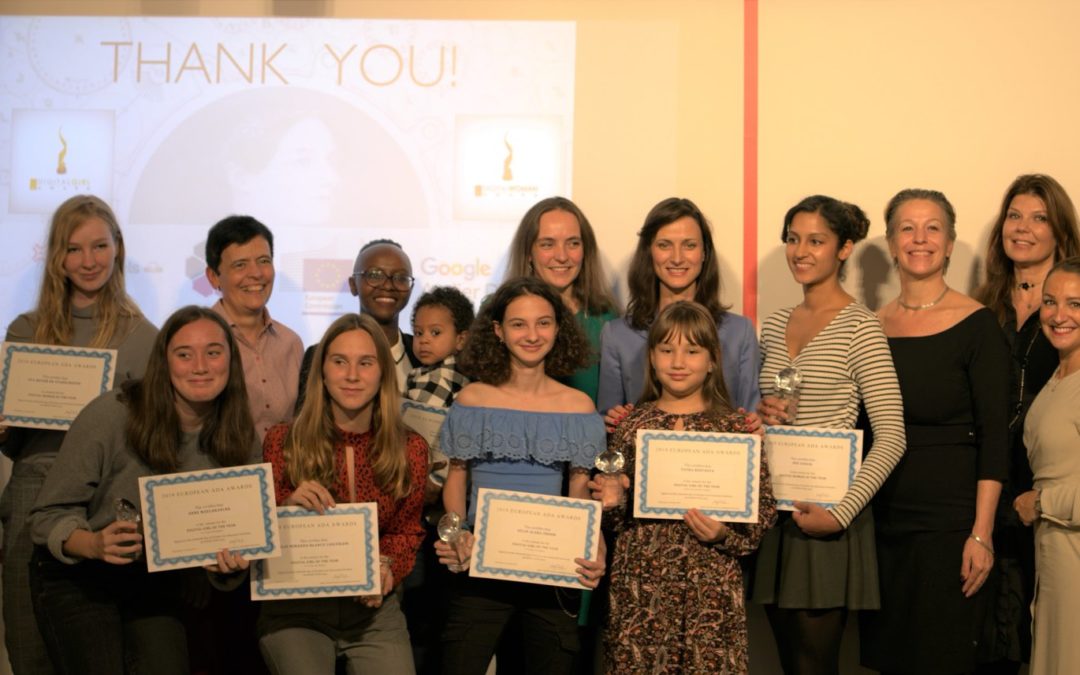 “We are girls! We are women! We are strong!” – European Commissioner Gabriel to winners of the 2019 European Ada Awards recognising top female digital talent  in Europe

Take all challenges as opportunities,” advised Ms. Mariya Gabriel, European Commissioner for the Digital Economy and Society, to a group of wide-eyed finalists at the sixth European Ada Awards ceremony organised on 16 October 2019 in Brussels as part of European Code Week and the WomenInTech.Brussels Women Code Festival. The Ada Awards, founded in 2012 by Brussels-based Digital Leadership Institute, promote top girls and women in digital fields in Europe in an effort to increase their numbers, a long-term priority for Commissioner Gabriel that she will carry into her new mission as European Commissioner for Youth and Innovation starting next month.

Commissioner Gabriel officially opened this year’s celebration of the Ada Awards, affectionately named for Countess Ada Lovelace, the world’s first-ever computer programmer, with a message that technology is “a strategic tool for the empowerment of citizens—of women and of men—that we must continue to use to advance ourselves,” she said. The Commissioner counseled those present to spend less time on embellishments and to focus on taking action when a door is opened, saying she would both hold them to task, and committed to supporting them along the way. The 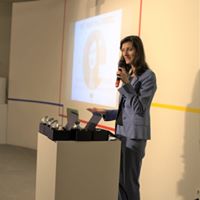 Commissioner closed her message praising the hard work and talent demonstrated by the Ada Award finalists and winners, underscoring: “We are girls! We are women! We are strong!” Following her remarks, Commissioner Gabriel and Ada Award partners from civil society and private sector recognised the 2019 European Ada Award-winners.

The Global Wo.Men Hub awarded “11-14 Years Old” Category:
The 2019 European Ada Award for Digital Girl of the Year in the “11-14 Years Old” category was presented by Ms. Christine Marlet, Board Member, Global Wo.Man Hub. Marlet expressed her awe of the candidates saying “the Ada Awards grant the participants the perfect opportunity to enhance their digital dreams. It encourages them to take risks along the way in order to achieve their digital goals because they believe that their objectives are attainable.” She added: “Belief in yourself stems from belief in your role models.” Winner in this category was Selin, from Turkey. 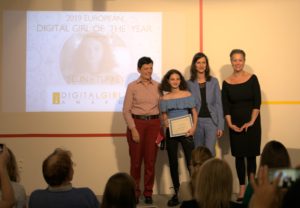 Selin is thirteen years old and loves building robots, coding, animals and travelling. She wants to study robotics and eventually build a humanoid. Selin shared that she was inspired to build her robot dog when her childhood dog passed away. She said “I knew that blind people especially have a strong connection with their dogs. I wanted to help them out, and felt like this was a great way of doing that.” She spends her free time on the weekends working on and improving her robotic guide dog. Looking forward, Selin says “I am currently developing the second version of my dog, and this one will be able to sit, lay down, bark, and it will even do ‘heart eyes’ towards my mom. Currently it’s only programmed to understand English, but I’m hoping for it to learn Chinese soon!